Tulips And Housing – Will We Never Catch Wise? 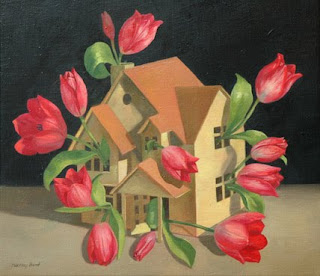 People were shocked and amazed a few years ago by the crash of the American housing industry. Why is this? There have been crashes before. In fact, it seems that a boom/crash cycle is the natural order of things in finance.

The first great boom/crash cycle of which I am aware is the Tulip Mania in the Netherlands back in the 17th Century. The Dutch people became enthralled with tulips and many invested their savings in tulip speculation. At the peak of Tulip Mania in 1637, some single tulip bulbs sold for more than 10 times the annual income of a skilled craftsman. And then – inevitably – the crash came.

This is not just ancient history; there have been many boom/crash cycles within living memory, but we just do not seem to remember them when the next boom comes along.

For instance, does anybody remember Beanie Babies? At one time it seemed the market for Beanie Babies, the plush toys that you could buy in almost every store, would never stop growing. But it did. And many people who had ‘invested’ in Beanie Babies were caught holding the bag, or the baby.

What should we learn from this? Nothing that Mom and Dad did not tell us when we were young:

“What goes up, must come down.”

“If a deal seems too good to be true, it probably is.”

“Don’t put all your eggs in one basket.”

The best protection from being caught out in the next boom/bust cycle is to educate yourself. Know the past so that you are not bitten by the future.

And the next time you hear of a business investment that seems to be too good to be true, ask yourself – “Is it?”

Please Share This
Related Posts
Getting What You’re Owed: Know The Minimum Wage in Texas

Getting What You're Owed: Know The Minimum Wage In Texas  Every worker in the United…

Sovereign Economic Espionage and Why Dr. Strangelove was Prescient

In addressing secrets, Dr. Strangelove exclaimed that “the whole point of a Doomsday Machine is…

Lessons From The Social Network

My wife and I finally got around to watching The Social Network last Saturday. It…